BOOK OF THE WEEK -- Hidden Witness: A Mafia Romance: Book 1 By Posey Parks

Today's Book of the Week is Hidden Witness by Posey Parks. Last night I started reading the book and finished it off today! Wow! This book was totally everything. In the beginning, I just wasn't sure of the direction it was going. I was totally on a "this has a lot of POV's." Then as I continued reading, it all clicked together for me and I was addicted to reading about every single character. Their thought process at the time. The way that the felt about the situations that they were coming face to face with one at a time.

This book was so full of action from the beginning. It was like two books coming to become one. The characters all have something to do with each other in one way or another. You start finding that out one at a time. The writing in which Posey Parks posses is like no other. The amount of respect I have for an Author that can be able to have such details about all of the characters and how they are all related. It made me feel like this was actually fictional vs nonfictional.

The emotions which come from reading this book is a freaking Emotional Rollercoaster. I was laughing. I was frightened. I was crying and wanted to DM the Author immediately, like "Yo, you can't mess with my man. You better not let him get hurt." I couldn't though, it was 3am. The amount of work and dedication to bring this book to life was amazing. You can tell by reading every word and feeling it.

You have Dillion, who starts off as the son of the Mobb Boss. He witnesses something, and he shouldn't at the age of eleven. Dillion isn't your ordinary eleven years old. He has lived and he knows about the things that go down and how to handle them. Trained to shoot a gun and all. He happens to jump into action when someone takes out someone close to him. He runs home to tell his mother and she makes the moves that she believes are best for her son. One of the decisions she made was to not tell her husband about what is going on and to have her son fake his death and flee. Dillion goes off to do awesome things with his life until he meets, Ms. McBitchy Lindsay, who is in love with Country Music Star, Blake. You just really don't know what fire that Tiffany lit under me!!! Then she made me wanna cut her. Yes, I wanted to do a demonstration of how to peel cucumbers using her. Ugh!

You then have Ms. Sierra. She was raised to follow the plans that her father has laid out for her. The plans of being a judge, just like him. That is not what she wants though. Things change when she meets. Fucktard. He is on the College Football team and he notices her one day that she actually gets dressed up and goes out with her friend. From then on they were stuck, until the fame may have inflated his big ol' head too much! They start a life and that life comes to halt because of that big ol' head of his.

When you have two broken people coming together. They are both teetering fear. I can go on forever with this book. This is just one you will have to grab up and read yourself.

Good News though. It doesn't end here. This is Book One of the series, and let me tell you the ending of this book will have you very vulgar, awaiting the next book. Which Posey does tell me will be Coming Out in April or May. So no need to get all teary-eyed. We don't have to wait too long! 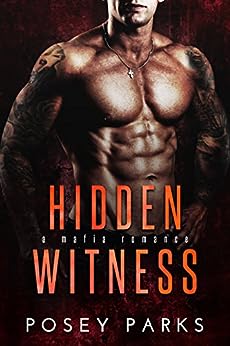