Book of the Week: Stakeout (A Stalker Novel Book 1) by Karen Raines and Brittany Crowley

WOW!!! Guys! This book has everything. You have immediate action! In and outside of the bedroom.

Let's just say... I recommended this book to one of my besties and she messaged me after starting it saying.... "So your obsessed with a man that gets tasered in the begining of the story?"
My answer to that was, "Hellz to the Yeah!"

You have Briella who grew up with sexy as can be Colby. She was totally, madly in love with him, but for the sake of friendship, she kept everything on the colorful side of the line. That is until they cross the line one drunken night and the emotions that they were hiding and pushing to the backburner came at them like a lightening bolt. The image of them being together caused Colby to freak out and call Bri her Bitchy cousin's name while they were in the midst of a hot as fuck drunken sex session. So, here it is 3 months has passed and they haven't spoken to each other. Then Colby shows up because he misses his best friend.Did I forget to mention they are Private Investigators? Each with their own companies.What happens when the mayor believes his wife is cheating, and Bri & Colby's past comes back to haunt them in real life. Bri and her friends take on the job and Colby is brought out to tackle this mission with Bri.

This book had me on the edge. If you have read anything by these two authors, you then know that this book is hilarious but it also makes you feel. Makes you go through an emotional rollercoaster.The sexiness in this book though will definitely have you one-handedly reading this!!!! There is never a dull moment in this book. Where you might read a book and skim the boring parts... There were no boring parts. It was action on top of action on top of getting lucky action throughout the entire book!!!!! Must Read!!!!

Check out this book before the ladies put out book 2. Word is that they are aiming for Book 2 during the Summer!!! I can not wait!
#FriendsToLovers #RomanticSuspense#OneClick 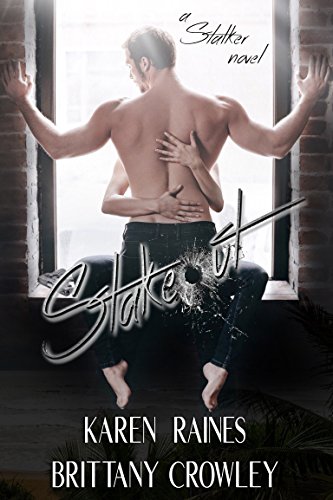