＊༺❃༻＊COMING SOON＊༺❃༻＊
Serving the Senator by L.M. Mountford
A part of League of Extraordinary Authors Dom Diaries Series
Releasing September 7, 2019
Blurb:
He was my Hades.
I’d played the role of a goddess... bound and chained for the service of mortals.
He’d freed me.
Freed me, unchained me and taken me to his underworld. His dark realm where he’d brought out all my secret and forbidden desires.
And now I'm his.
His attendant. His servant.
https://www.facebook.com/LMMountford1990/ 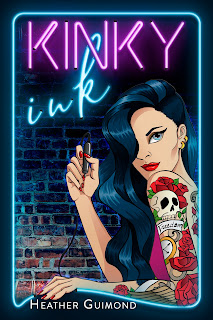 Love is a lot like a tattoo, painful but worth it...

My life as the heir to an oil empire was nothing like most would expect. Shallow, pretentious and boring as hell. In Manhattan, I was Nathan Trumbull, the pretty boy billionaire.

I left all that behind--much to my family’s disapproval--for a homier life as a chicken farmer just outside Corpus Christi, Texas.

I was looking for a slower pace, more time for taking risks. What I found was... myself passed out under a sexy tattoo artist holding an ink gun. Rosella Wolfe was unlike anyone I’d ever met--vibrant, take charge and drop-dead gorgeous. From the moment I laid eyes on her, I became a walking, talking calamity.

Not only was I out of my element, I was out of my league. We were from two different worlds, but that wouldn’t stop me from trying to make her mine.

Our chemistry was undeniable, and it didn’t take long for the sparks flying between us to flame hotter than the Texas sun.

Too bad my dad showed up and rained on my parade… er... plans. Guilt weighed heavy on my mind, but Ro was tattooed on my heart. 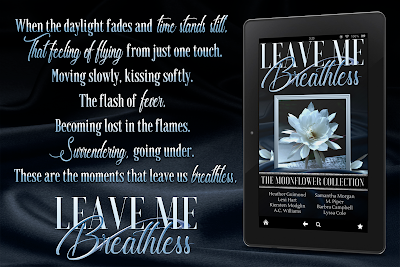 “Celeste, I want to tie you up to my bed and keep you. I want you to remember who was between your legs when you wake up tomorrow morning.” Reed growls and takes the glass from my hand.~Yes I'm Ready by E.S. McMillan & JA Lafrance***Coming September 14, 2019***
Follow the rules!

That's all Reed Hunter had to do.
He has had his fair share of heartbreak and disappointment. After choosing to leave his career as a successful lawyer to follow his passion, his world falls apart. While picking up the pieces, he embarks on a new path...teaching.

Celeste Ward is ready to put the past behind her and welcomes the fresh start that college promises. After stumbling into her first class late, something awakens in her that she never knew was there.
What happens when rules get broken and lives become intertwined?

💋CRIMSON KISSES OF HYACINTH💋
by Thea Valentine
Fiery Vision Publishing
Cover: Fiery Graphics
(¸.•*´`*•.¸)💋(¸.•*´`*•.¸)
****Pick up your copy
books2read.com/u/3yDYkL
(¸.•*´`*•.¸)💋(¸.•*´`*•.¸)
****Blurb
Following in his father’s footsteps, Noah Phillips knew he wanted to be a police officer. Working night shift in the city of Seaville was quiet most nights. An attack would force him to accept a new way of life. Immortality.
Adjusting to his new life, he conducts a traffic stop that has him fighting to keep qualities of his human life. He meets Celeste O’Neil during a traffic stop. He can’t help but notice the intoxicating smell of hyacinths. His fascination with Celeste turns obsessive, protecting at all costs. Celeste is forced to accept his life and what he is.
When he meets her friend Elizabeth he realizes that her intentions aren’t pure. Stopping at nothing, Noah refuses to lose his hyacinth beauty. A decision of life or death are forced upon her.
Will his hyacinth survive the dangers that lurk in the darkness?
#TheaValentine
#FieryVisionPublishing
#FieryGraphics
#NoahAndCeleste

✞ Bad Habits: A Dark Anthology ✞ibooks: https://apple.co/32VSNXsb&n: http://bit.ly/2ygK5ovkobo: http://bit.ly/2YBqHlaamazon: coming soontbr: http://bit.ly/2YntfijSeven authors have teamed up to distort the most sacred of virtues. An anthology to test your limits, to make you squirm, and stories to take you outside the box.Don't bless us Father, for we came to sin.Through acts of kindness, our diligence will shine in the darkest of hours. With our chastity held in highest regard like a prize to be won, and the patience needed to persevere through these trying times, our humility will guide the way. And when our hearts have finally learned the importance of temperance, will we give back all we can through charity.So it is written, so it shall be done.✞ Yolanda Olson ✞ James Crow ✞ Dani René ✞ Murphy Wallace ✞ Ashleigh Giannoccaro ✞ Petra J. Knox ✞ Lily White ✞

👄🗡 Locke & Key 👄🗡
Kiss Me, Kill Me anthology
Ashleigh Giannoccaro and Jason Hes
A Southern Gothic, dark and romantic horror set against the gloomy backdrop of the Mississippi Delta! In it, you'll meet deranged stepfathers, mysterious strangers and naïve heirs to dilapidated plantations.
Here's a snippet from the story to whet your appetites😈 :
I feel a swell of pride and relief bloom in my chest as Evander smiles and kneels down to meet me almost at eye level. I remain in the brackish water – all thoughts of gators, voodoo and dead stepdaddies erased as he cups his hand under my chin. I lean in, instantly craving his taste and his lips against mine, but his face doesn’t move an inch. Instead, with his smile spreading wider, his teeth like marble in the moonlight, my angel says with a delicate whisper: “Rale, give me the key.”
👄🗡️ Kiss Me, Kill Me: A Dark Anthology 👄🗡️
👀 NOW LIVE! 👀
▪️Get your copy here▪️
Amazon: mybook.to/kmkm
** All proceeds will be donated to American Forests: https://www.americanforests.org/ **
- August 25, 2019