📗ℂ𝕆𝕍𝔼ℝ ℝ𝔼𝕍𝔼𝔸𝕃 + ℙℝ𝔼𝕆ℝ𝔻𝔼ℝ📗
Emerging Temptation Collection a BWWM Romance Collection releasing January 14, 2020!
#PreOrder today
Nook: http://bit.ly/2MR0mcs
Kobo: http://bit.ly/2YCjGkQ
Apple: https://apple.co/2Mbdv0y
#TBR ➜ http://bit.ly/2NauXBS
#CoverDesign ➜ T.E. Black Designs
📗𝔹𝕃𝕌ℝ𝔹📗
Emerging Temptation is a limited edition collection of new, sexy BWWM romances that will set your soul on fire. Be prepared to be captivated by the sizzling tales of heroic first responders for hours on end.
These heroes will prove themselves worthy of your attention, and affection. From scorching hot firefighters to dashing police officers, there is something for everyone.
Watch out! You might find yourself needing to be resuscitated.
The stories in the compilation are exclusive and can't be found anywhere else. Don't wait, this box set will only be available for a limited time before it is gone forever!
Note: This collection contains material for mature readers (18+ and older) only.
Featured Authors:
Peyton Banks
Donna R Mercer
Reana Malori
Theresa Hodge
ML Preston
Sydney Aaliyah Michelle
Sade Rena
Posey Parks
Sedona Venez
Erin St. Charles
Yolanda Olson
Kiarra M. Taylor
#emergingtemptationcollection #coverreveal #bwwmromancecollection#comingsoon #tbr #preorder #romance #sexybwwm #authors
Hosted by Enticing Journey Book Promotions

SOUTHERN CHARM
ML PRESTON
When Nicole “Nikki” Wilson was sent to Texas on assignment, she got much more than she was looking for. One bad storm, and a hot tow truck driver later, her day ends with one hell of a happy ending. It was fun. It was daring. It was one night and that’s all. Or so she thought.Refusing to live off his family’s name, Brian left the McNair legacy behind in exchange for an honest living. Being a tow truck driver is the most humble one can get and service other’s kept him content. But one bad day. One call for service. And one sexy damsel in distress, leads to a night of unimaginable passion.

But, something shifted that night. In the midst of all the ecstasy, memories were formed. Now they can't stop thinking about each other. One text. One phone call. One flight, changed everything.

Sign up for my Newsletter:
→ http://eepurl.com/gvLJ-X
Add to Goodreads: http://bit.ly/SCMLPreston

Add to your TBR and pre-order now at a special low price.

Men and women can be friends.
At least that’s what I’ve been telling myself since George walked into my life.
We bicker as much as we have each other’s backs.
We’re inseparable.
So, she left to find herself and I feel like I can’t breathe without her.
It’s okay, it’s only temporary.
But when she walks back into my life, it’s on the arm of a stranger.
Her fiancé.
Seriously, I just realized I’m in love with her and she’s engaged?

I have six weeks to convince George we’re meant to be together—not only in the kitchen or be forced to watch her marry another man.
Time is running out, and soon, she’ll be gone from my life.
I’m risking everything, will that be enough? 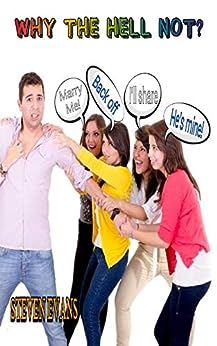 ~Yes I'm Ready by E.S. McMillan & JA Lafrance
***Coming September 14, 2019***
Follow the rules!
That's all Reed Hunter had to do.
He has had his fair share of heartbreak and disappointment. After choosing to leave his career as a successful lawyer to follow his passion, his world falls apart. While picking up the pieces, he embarks on a new path...teaching.
Celeste Ward is ready to put the past behind her and welcomes the fresh start that college promises. After stumbling into her first class late, something awakens in her that she never knew was there.
What happens when rules get broken and lives become intertwined?
Amazon Universal Link
mybook.to/YesImReady
Universal Link
https://books2read.com/u/bQaaMe
#ComingSoon #YesImReady #InterracialRomance #StudentTeacher#ESMcMillan #JALaFrance #Cowrite 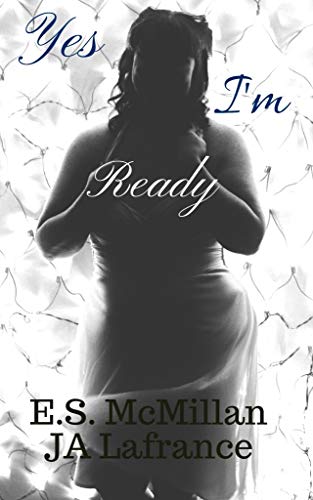 What would it look like if you combined those two elements?

*Trigger Warning*
The author of this title used certain characters from the Bible to inspire the stories contained within this collection. If fictional characters that explore the notion that people, including the people contained within the pages of the good book, were sexual creatures, as human beings truly are, please be forewarned that this collection may offend you. To everyone else, enjoy!

Chased By The Light is a Fantasy Romance. It has a couple of bad boys, a good boy, and a young woman determined to have fun and avoid falling in love. Aubrey has been hurt before, so when she catches the attention of the college's resident bad boy Chase, she does everything she can to reject him. But with those emerald green eyes, his stunning good looks, and the cutest little dimples, Aubrey is struggling to resist him.

But his world is plagued with secrets and mystery, and when his cousin Jesse shows up, she finds herself drawn to his honesty and southern charm. Now interested in Jesse and not Chase, their mysterious family take Jesse out of the equation, leaving Chase to pursue Aubrey with no interruptions.

How will she cope when she finally discovers the truth? Not only about Jesse's sudden disappearance, but also about her heritage, and how it affects her already decided future.