Nia Farrell has dropped a New, Hot, Sexy, RomCom Penname on us... Ree L. Diehl. First release has dropped. Check it out!!!!

💥
The She-Wolf on the Twentieth Floor
Ree L. Diehl


A neglected mistress teases the wrong window washer and gets a whole lot more than she bargained for.
LIVE TODAY! Special intro price 99c!
Amazon: mybook.to/UH1

*´¨)
¸.•´ ¸.•*¨) ¸.•*¨)
(¸.•´ (¸.•` ☆☆ RELEASE DAY!!! 99 cents! ☆☆
Replay Reunion 1: Naughty New Year by Nia Farrell
Amazon e-book http://mybook.to/RR1NNY
Goodreads http://bit.ly/RR1NNYGR
Blurb: The cast of Replay BDSM theme resort reunites for a very special New Year celebration, held in the latest expansion where future Steampunk weekends will be held. Sir Piers built the Steamroom complex for his wife Eleanor. Its design was inspired by the books that she enjoys as an adult and a board game that she loved in her youth.
It’s a rare evening out for Replay’s owner and his wife. Time away from their daughter Adrienne creates problems for Eleanor, who’s still breastfeeding. But Sir Piers is more than her husband. He’s her Dominant. When the pain becomes acute, he whisks her into the conservatory and gives her the relief that she needs.
It’s a brand New Year, and a very different Replay. Written for ages 18+. 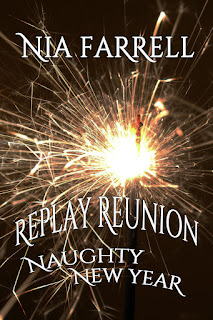 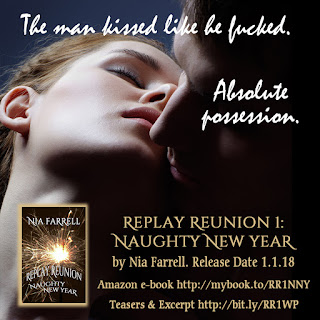 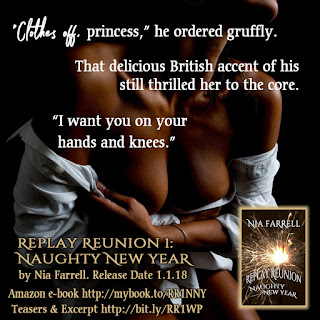 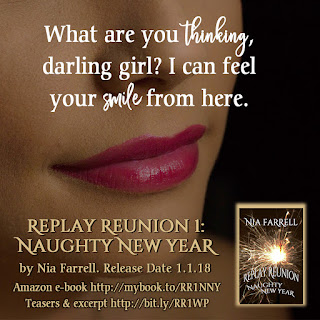 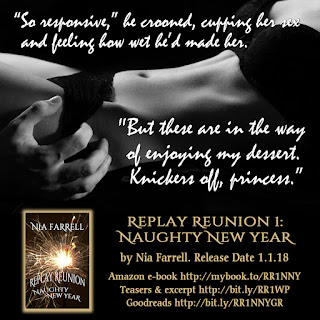 
Luke “Mad Dog” McLanahan and Isabella Castellari have a history. Kind of. He’s a member of the Avenging Angels MC and one of four brothers whom she thinks slept with her sister three years ago. Or did they? Nothing is as it seems. Isabella’s world is turned upside down when lies are exposed, truths revealed, and the man she’s been fantasizing about for three long years makes her an offer that she should refuse but can’t.


When Mad Dog finds Isabella stranded on a rural country road, remembering her toxic sister, he almost doesn't stop. Seeing her as an end to a means, he brings her back to the Avenging Angels MC clubhouse and quickly learns that she's different—very different—than what he expected. She's a curious innocent, and willing to submit to his domination. But there are complications. A mob boss uncle, protective parents, a traitorous friend, and secrets that have been kept for far too long. Secrets that will either bind them together or tear them apart.
This book has adult content and may contain triggers. Written for ages 18+. 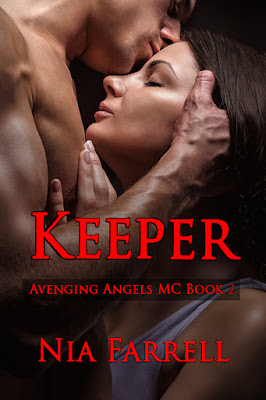 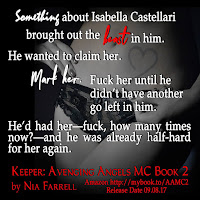 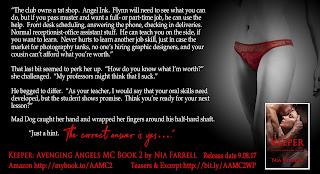 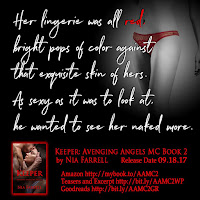 Your support is appreciated! Please Support and Share The Daycause Promotional Campaign for Keeper